Location
Hoofddorp
Client
BAM Utiliteitsbouw, regio Noordwest, Amsterdam
The new building of the Haarlemmermeer Lyceum in Hoofddorp marks a special spot in the landscape. The building lies between the city and the open countryside, on a corner of one of the main access routes into the district, adjacent to a sound barrier which separates the area from the traffic noise produced by the road. The auditorium nestles in a fold of the sound barrier, lending it a sheltered quality. From within the auditorium a set of bleachers continues outside and up the dyke face to offer a wide view over the surrounding landscape.

The assembly hall also establishes the link between the exterior and interior spaces, between the school and the House of Sport, between the Floriande district and the other side, the site on which the Park of the 21st Century has been planned. The white rendered horizontal lines in the facade make the building appear to look over the top of the dyke and echo the shapes of the landscape. The building offers the Zuidrand an intimate scale on the inside, while the outside reflects the sturdiness of the landscape, establishing dynamic links. 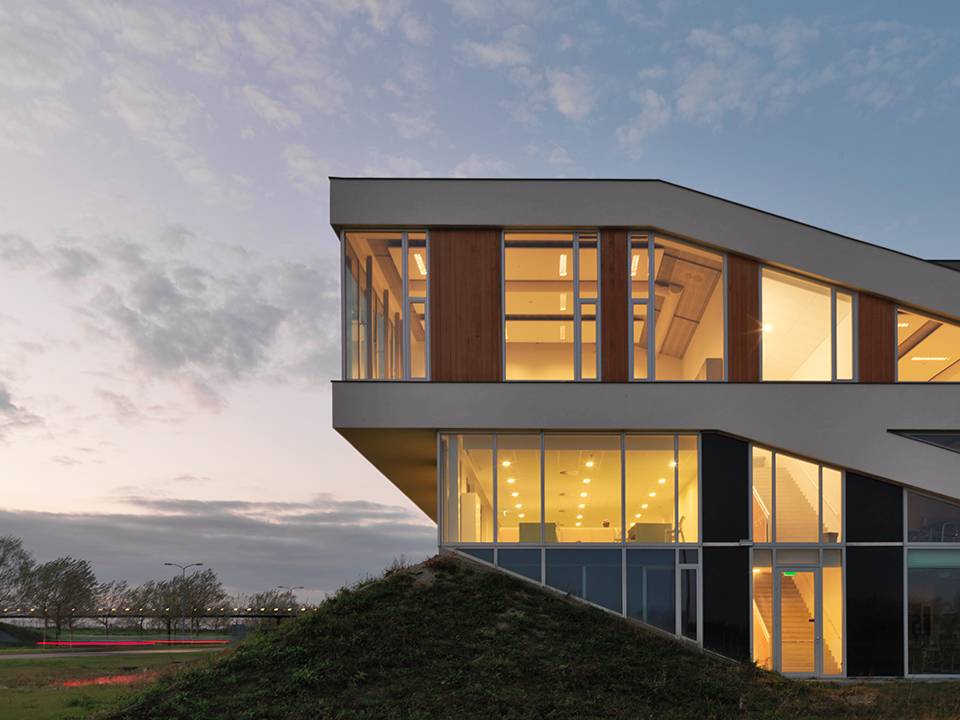 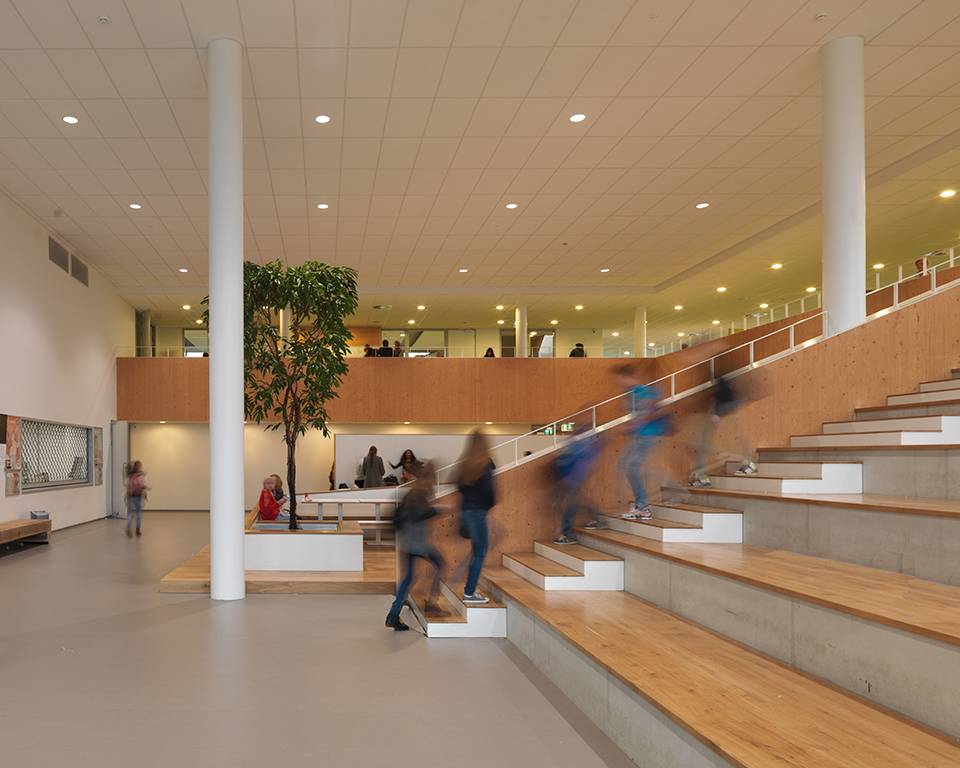