Location
Eindhoven
Client
Technische Universiteit Eindhoven
The Student Sports Center at the Eindhoven University of Technology can no longer satisfy the university’s current requirements, in both quantitative and qualitative terms. DP6 and her team developed a vision of combining a respectful revival of the characteristics of Rietveld’s 1960s design, while also offering the university the basis for a bright sports future.
Elegant, horizontally oriented lines
In 1967 Rietveld designed a Student Sports Center on the north side of the University of Technology in Eindhoven (TU/e) in collaboration with Van Dillen (architectenbureau Rietveld Van Dillen Van Tricht). Carefully attuned to Van Embden's campus design, the building lays like a pavilion in its leafy setting by the river Dommel. It consisted of a handsome composition of rectangular volumes with an elegant interplay of horizontal lines. The original entrance to the center was then on the eastside, located within a viewline along the building from the northern entrance of the area looking towards the rest of the campus. The balcony on the south side offered a natural outlook with its unobstructed view over the Dommel valley.

The original floor plans reflect great ingenuity in the realisation of the building’s functionality – such as the separation in routing between the public and athletes. Another essential quality of the building was how daylight was generously let in, but in a measured way, creating very pleasant conditions for sport. 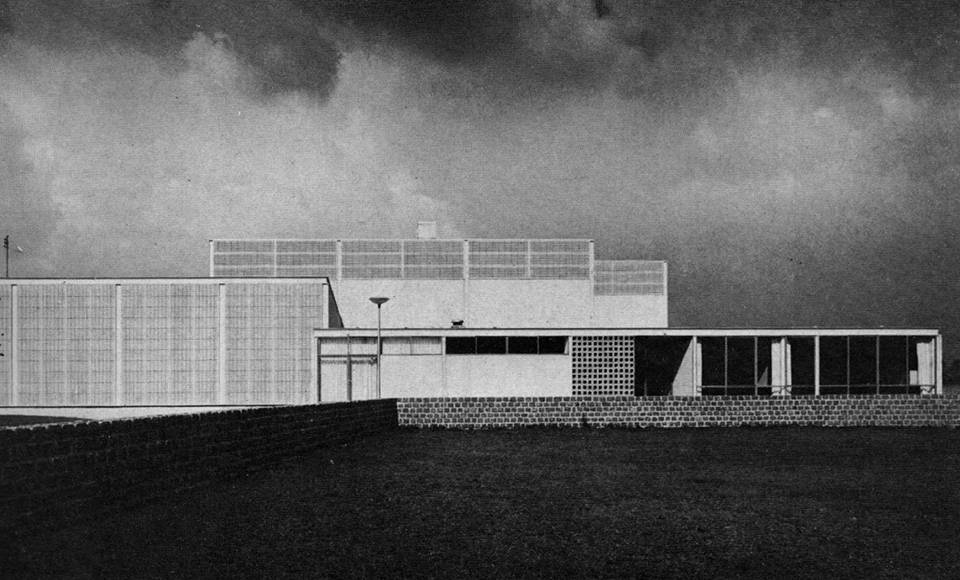 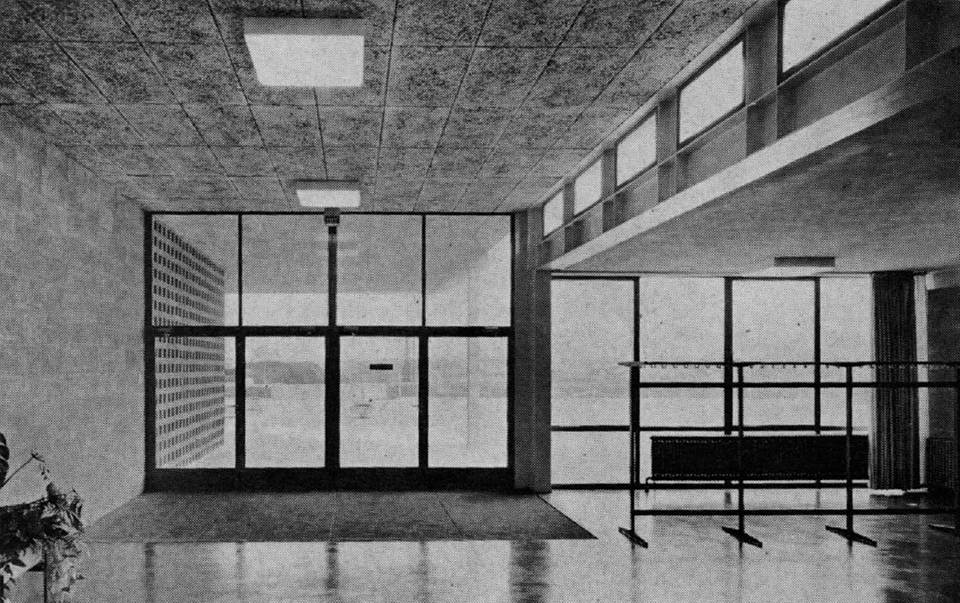 The current complex lacks spatial coherence and an inviting entrance
The Student Sports Center has grown steadily since the 1960s: 12,000 athletes pursuing more than 75 different disciplines now use the centre’s facilities each week. Over the intervening decades the building has been expanded in four stages, but now lacks a balanced spatial cohesion. It has become a labyrinth of dark corridors, without a suitable entrance, and doesn’t have the inviting character of a well-used sports center for high-level performance.

A horizontal white line as new connecting element
In collaboration with the TU/e, DP6’s vision consists of various design principles aimed at rediscovering and respectfully restoring Rietveld’s original conception. The basis for this is a continuous canopy at a height of three meters along the south side of the complex – a horizontal line functioning as a new unifying element, consolidating the human scale surrounding the complex, and reconnecting the building to its beautiful landscape environment. The canopy also provides shelter from the sun, and functions as an intuitive visual guide for visitors towards the main entrance. As part of the design, the main entrance will be moving to the east side of the complex as in the original plan: welcoming and easily recognizable from the campus, suiting a sports complex of its stature.
Patio as a spatial junction
The relocation of the main entrance allows for a patio to be created on the site of the current entrance. As a result, Rietveld’s original facades for the office spaces are again revealed, and daylight can enter the heart of the complex’s main spatial junction, facilitating openness, transparency and interaction under the existing roof. This becomes the natural setting for the sports café: at the heart of the building, and with a spacious terrace and view over the Dommel valley. The canopy and terrace create a new communal space on campus – a great new place to meet up with fellow students, sunbathe on the banks of the Dommel, or take a rest from running and enjoy a drink. 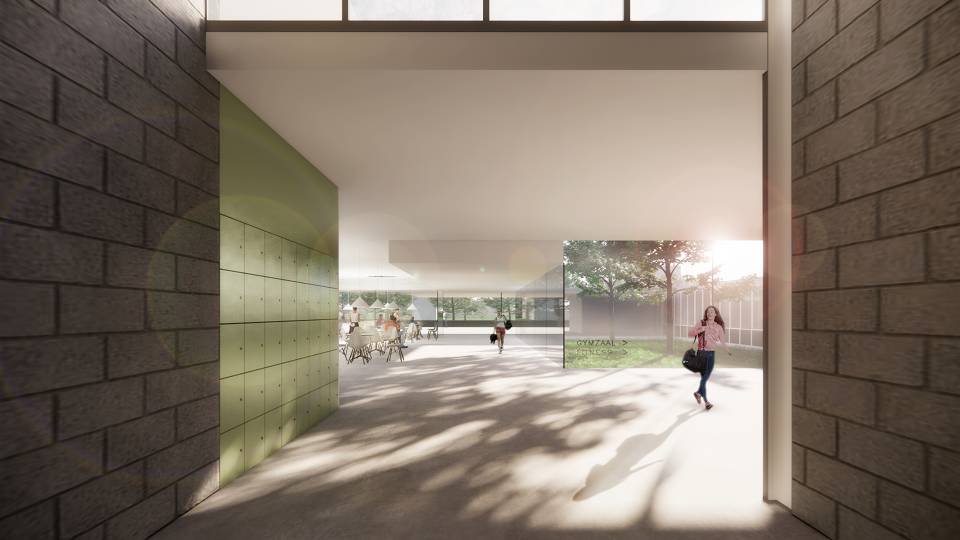 The existing fitness room on the west side will be expanded into a high-quality, modern exercise area. The Student Sports Center employs the ‘journey’ concept, in which starting athletes begin their training alongside top athletes – allowing both to learn from and inspire each other – exercising and training together in one large area that can be flexibly divided into various zones. The new fitness room affords athletes a broad view over the sports fields, imparting a feeling of space and freedom.The changing rooms will also be refurbished, and the signage and routing optimized, enabling athletes and other visitors to easily find their way – guided by daylight and a constant view connecting them with the green surroundings of the Dommel valley, ensuring that the entire sports complex remains inviting and attractive for the coming decades.
In addition to DP6 architecture studio, the engineering team consists of the Nelissen engineering firm, Pieters Bouwtechniek and HI-Plus Advies, and is now working on the Preliminary Design together with the TU/e. This is not the first time that DP6 has expanded a Gerrit Rietveld building: DP6 also designed a restrained, half-sunken volume for the Rietveld Lyceum in Doetinchem – one of the renowned architect’s last buildings.