Location
Rijswijk
Client
In Rijswijk Buiten, formerly a market garden area covered by greenhouses, this villa is located along the Kerstanjewatering. The design of the house brings all the living areas together around a central open space. A unique feature of the building is the first-floor studio which is directly accessible by means of outside stairs attached to the facade. The stairs merge seamlessly with the eaves, creating a dynamic line encompassing the living areas and opening up into the garden.

The house itself focuses on the spacious garden through the full-height windows and sliding doors in the south-west facade. The eaves, combined with movable panels in the facade, prevent interior heat build-up during the summer. The roof features a large number of integrated solar panels. The addition of a heat pump and a solar hybrid system have resulted in a highly energy-efficient house. 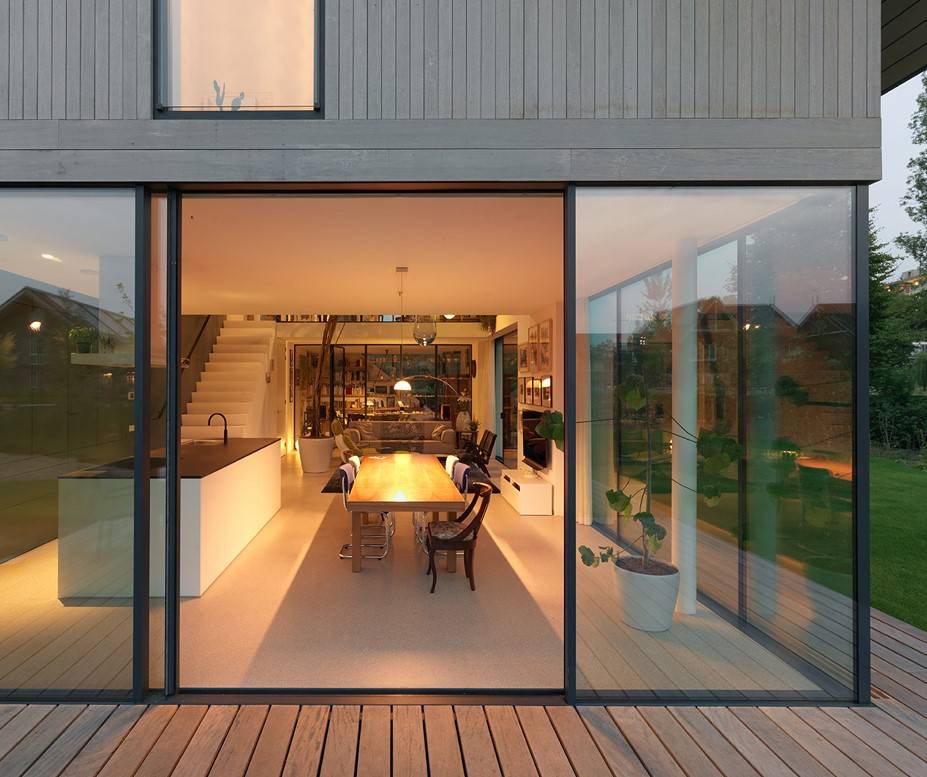 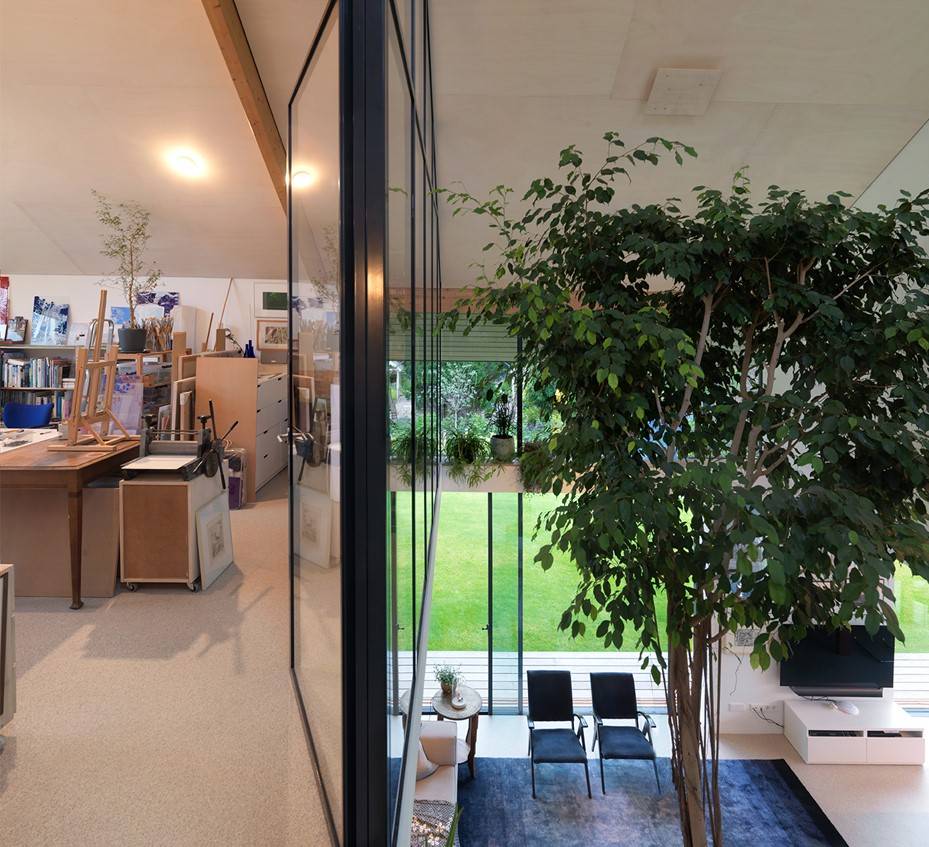